Lata Mangeshkar: A voice which will live forever 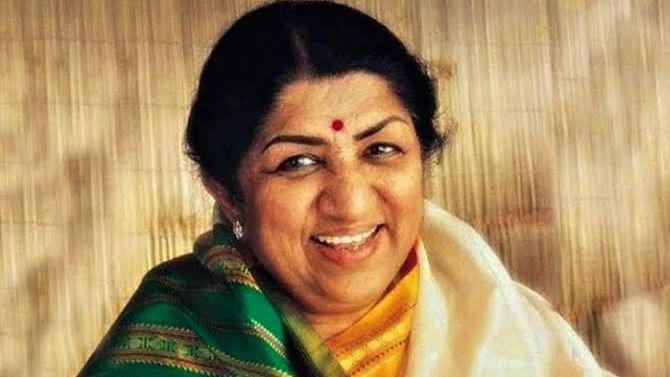 6th February 2022 is the day, when the greatest singer of all times in Indian history, Lata Mangeshkar, passed away. Aged 93 at the time of death, her seven decade long contribution to Indian music will be remembered forever by all Indians. She recorded songs in over 36 Indian languages, all across the subcontinent, binding India through her songs.

Lata Mangeshkar was born in Indore, Madhya Pradesh, in a Maratha family. Her father, Deenanath, was a classical singer in Konkani and Marathi, and theatre actor. Her name was Hema Mangeshkar at the time of her birth. Her parents renamed her as Lata after a female character, Latika, in one of her father’s plays. She received her first music lesson from her father. However, her father passed away when she was only 13. It was then, in 1942, she started her career in singing. In her early days, she also had to act in some roles, apart from singing, but quickly her main focus became on singing only.

Lara’s own style of singing together with her melodious voice became famous all over India within a short span of time. Songs for Bollywood films, patriotic songs, devotional songs, folk songs, songs in regional languages, all spread among the people in all over India. She worked with various renowned music directors like RD Burman, SD Burman, Shiv-Hari, Anand-Milind, Laxmikant-Pyarilal, A.R. Rahman, as well as with co-singers like Kishore Kumar, Mohammad Rafi, Manna Dey, and Bhupen Hazarika. How many songs she has sung remains a debate even today, with many sources pointing to over 25,000.

Lata Mangeshkar won Padma Bhushan in 1969, followed by Padma Vibhushan in 1999. She won four Filmfare Best Female Playback Singer Award, two Filmfare Special Awards and Filmfare Lifetime Achievement Award. She also received Dadasaheb Phalke Award in 1989, NTR National Award in 2007 and ANR National Award in 2009. France conferred on her its highest civilian award, Officer of the National Order of the Legion of Honour, in 2007. In recognition for the contribution for India, she was awarded the Bharat Ratna Award, India’s highest civilian honour, back in 2001.

Lata Mangeshkar and her songs will remain among Indians forever. Many Indian singers consider her to be their idol, and got inspiration to take up singing to a global platform. Her death will bring an end to a golden era of Indian music. It is now our duty to promote the ideals followed by Lata Mangeshkar and listen to her songs, and promote them to our future generations.