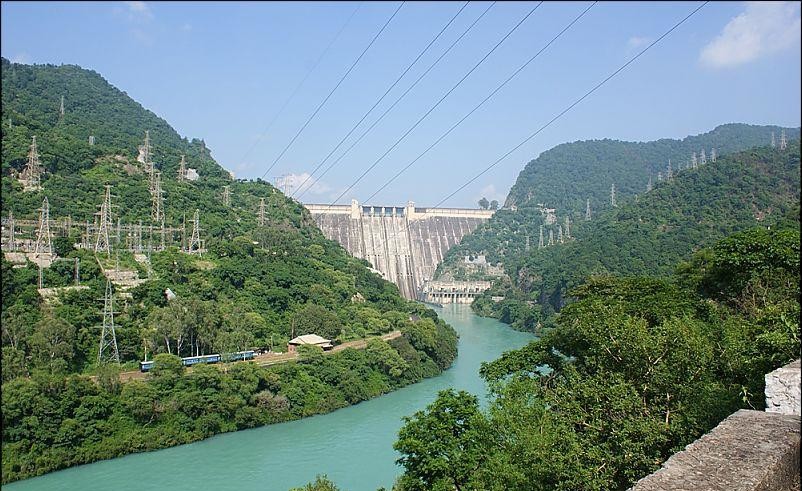 The NDA Government was particularly keen on reviving the lost river, Saraswati. As most of the evidence points out that the Ghaggar-Hakra channel was most likely a perennial river, presumably the Saraswati, the Centre is looking for ways to revive the Ghaggar-Hakra river. Today, the Ghaggar Hakra river is merely like a sewage drain, flowing only during monsoon season, and creating big pools during winter. The encroachments along the river poses another problem as the river has a very flat bed, and any increase in water volume will flood the banks up to a long way.

Even if the river is revived, from where will it get enough water? Though it is proved that Sutlej was the principal river flowing through the Saraswati, the nearby Yamuna has a better chance to be diverted. Yamuna and its streams are snow-fed, and can sustain water all the year round. Also from the technical perspective, diverting water from tributaries of Yamuna possesses less environmental damage. After extensive study, it has been decided to construct the Adi Badri Dam on Somb river, a tributary of Yamuna. This project is supposed to be a joint venture of Himachal Pradesh, Haryana and the Centre. The Adi Badri Dam at Himachal border with Haryana will provide fresh water to Himachali villages, while the Haryana farms will get benefit from the water diverted to Ghaggar-Hakra river all the year round.

More than the religious perspective, the revival of Saraswati river could help the farmers of Haryana and Rajasthan with irrigation. Most of the basin of Ghaggar-Hakra channel is today a desert, and if revived, the channel may sustain agriculture in both the banks. The region may become prosperous and fertile as it was during the Indus Valley Civilization. This may also revive the groundwater, which has been running dry in major parts of North India due to excessive usage. Diverting water may affect the water level of the Yamuna river, though the benefits outweigh the losses.

As per latest reports, the project is expected to cost ₹215.35 crore, involving 77 acre of land for the Adi Badri Dam. The project also earmarks 61.88 hectare-metre of water per year to be supplied to Himachal Pradesh for drinking and irrigation purposes. Till now, there is no mention of when the project will actually start, or its completion date. The people of Himachal Pradesh, Haryana and Rajasthan are eagerly waiting for the project as it will not only boost economy and prosperity of farmers, but will also kick off various welfare schemes and tourism sites along the Adi Badri dam and the Saraswati river.