Why are so many trains cancelled during winter? 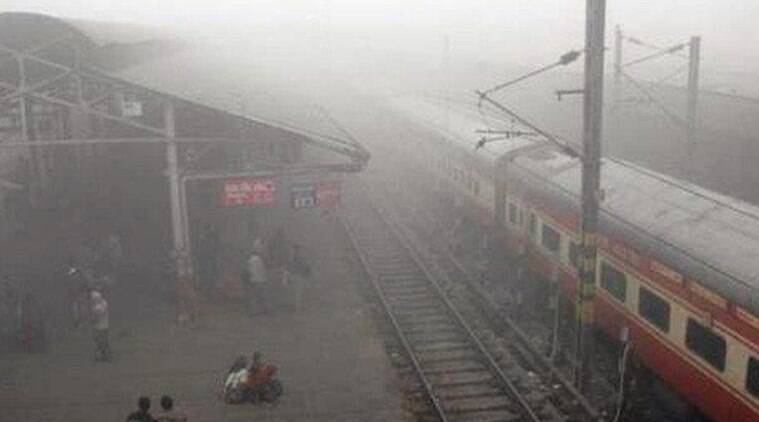 Winter in North India is quite severe, resulting in dense fog and drop in visibility. Visibility in most major cities of India falls to less than 50 metres. This results in transportation problems, causing delay in trains and buses. Trains and buses can not pick up pace owing to limited visibility, and has to travel at a much lower maximum speed than required. Hence, most of the long-distance transportations reach their destination very late. In this article, let us limit our discussions to trains.

Train drivers face difficulty in spotting what is in front of them. Most importantly they have a high chance of missing the signals which they require to prevent train accidents. Though this occurs for trains only during early morning, the rest of the trains throughout the day get piled up as many busy routes run 150-200% of their maximum capacity. One delayed train leads to delays in several trains following it. This is not the case with buses and the roads are not that congested, and hence, this fog problem causes a major lag in trains.

This cumulative late arrival results in delay along the entire winter season. Hence, we see many trains being cancelled throughout the winter. This occurs mainly in routes following the northern fog belt in India, the southern routes have less impact. Hence, we also see many north-bound trains being short-terminated to restrict them to south or central India. Also, premium category trains, like rajdhani and satabdi makes other trains less priority, resulting in further delay of passenger and mail/express trains.

However, during the Covid-19 pandemic, as fewer trains were running, only a handful of trains got delayed owing to fog. As the gap between trains was large, delay of one train did not affect the trains following. This shows that if we can decrease the congestion in rail traffic, we can significantly reduce the delays owing to fog. Also, as the DFC is progressing swiftly, and some sections have been opened for public, fewer delays have been seen on Delhi-Mumbai and Delhi-Howrah lines. Operation of the entire Western and Eastern DFC may result in significant loss in train delays in winter.

Also, the signal system in Indian Railways needs upgradation. Automatic Train Controlling Systems need to replace manual signals. European Train Controlling System (ECTS), Automatic Train Protection System (ATPS), GPS based fog safety devices, or similar indigenous technologies are required along most of the fog-prone areas. Similarly, we need to increase inland shipping along the Ganga-Hooghly and Brahmaputra rivers for cargo transport. At least the busiest routes like Delhi-Mumbai, Delhi-Howrah and Delhi-Chennai are required to see advanced technology in controlling the operation of trains so that fog delays are minimized.