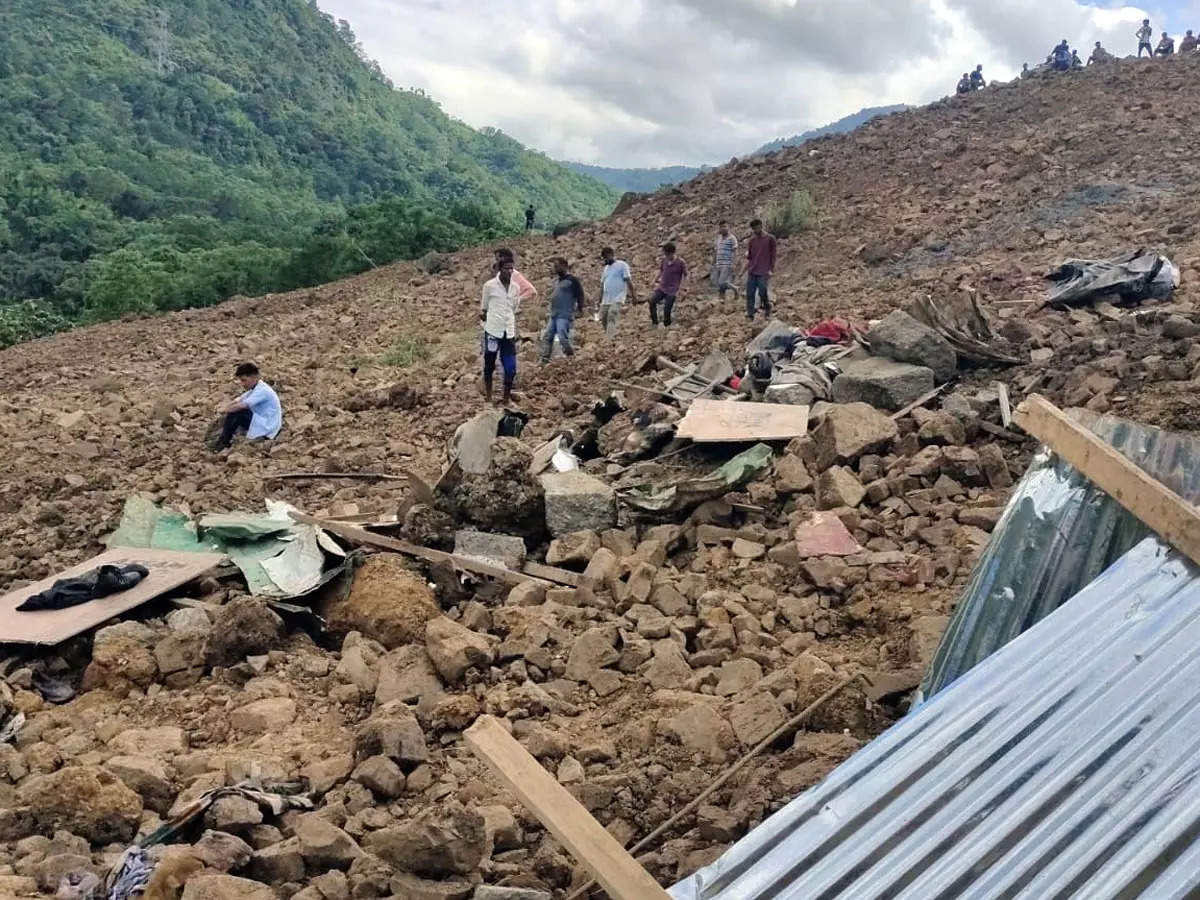 A new railway line is being built in the state of Manipur connecting the state capital, Imphal, with the rest of India’s rail network. Previously, a line existed from Silchar in Assam to Jiribam in Manipur, which is located at the foothill region. Now, the line from Jiribam is being extended through the hilly region in the state to Imphal.

The hilly regions are very eco-sensitive and fragile, making construction of the railway line challenging. Even the road connecting Imphal and Silchar is highly vulnerable to frequent landslides, road blockages and flash floods during heavy rains, especially during the monsoon. To make the rail line all-weather friendly, most of the line has been laid through tunnels.

However, ecologists are pointing out that construction has not been done in a way to maintain the ecology of this eco-sensitive region. The topsoil has been scrapped out for construction in the hillside. Trees were felled unnecessarily at places, leading to greater rate of soil erosion. Some are also stating that proper environment protection measures were not taken in order to cut the cost of construction of the railway line.

The construction of the railway line is held responsible for the recent landslides in the area. A large landslide occurred in the Indian state of Manipur on the night of 30 June 2022. It killed 52 people with 9 people still missing. 18 people were injured. 29 Indian Army personnel and 23 civilians were among the deceased. The Government has announced compensation of 5 lakh to family whose one member has died in the landslide and 50,000 for the injured persons.

The main affected area is the Tupul railway station and the adjoining station yard in the under construction rail line. The landslide has blocked the Ijai river’s flow, creating a dam. The residents living on the banks of the river downstream have been told to move out temporarily in case the river breaches through the dam due to heavy rainfall in the area.

The railways have maintained that the fault was not with the construction of the rail line, but with the slash and burn cultivation, locally called jhum cultivation widely practiced in that area. The villagers usually move from place to place, settle in a forest, burn forest land and cultivate on them for a short while before moving to another ground. Such practices have been banned by the Indian Government, though local clearing of forest lands is still a reality today.

The under-construction line will now take more time to complete. The projected date of completion was December 2023, which with current pace of progression can be met. The landslide disaster is also an eye-opener for the railways as they begin investigation going back to the environmental impact assessment report and the drawing table. On the other hand, it will also enable local administration to apply strict laws on those who still practice jhum cultivation for personal benefits.