A Neighbour Less Talked About – Myanmar 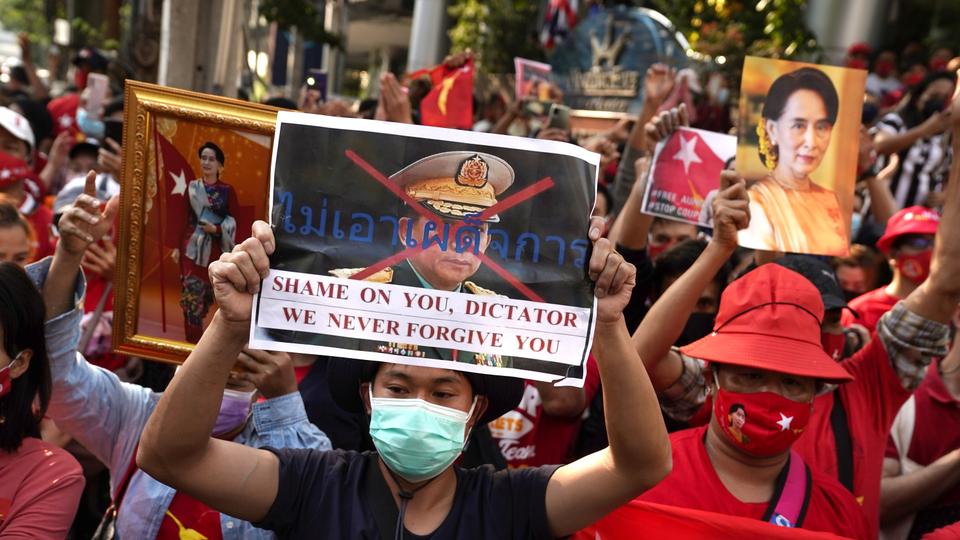 Myanmar has been a more failed state, than Pakistan, Afghanistan, Bangladesh, or Sri Lanka. Since independence, Myanmar could do little for its citizens, rather it has shrinked itself to complete isolation from the rest of the world. The most powerful unit in Myanmar is the Junta, which has recently for the second time overthrew the demographically elected Government, led by Aung San Suu Kyi.

After gaining independence from British rule, Myanmar slowly tried to build itself from its ruins. But in 1962, the military overthrew the Government and took the reins of administration upon itself. While military rule in some countries is not that bad, the military rule did more harm than good to Myanmar’s rise as an independent nation. Till 2011, the military rule did misery to the country, forcing its people into poverty, displacing thousands, killing minorities and threatening its own destruction.

The year 2011 brought about a sea of change in the politics of Myanmar, when elections were legally held for the very first time, and people chose Aung San Suu Kyi as their leader. However, it is alleged that Aung San Suu Kyi herself had little powers, especially regarding the Rohingya crisis, and that the military was still the decision-maker in politics. However, the demographically-elected Government was hugely popular among the masses, triggering panic among the junta that despite the country’s protectors, they are getting hugely unpopular.

Hence, a fresh coup was the result in 2021, in which the junta again overthrew the demographically-elected Government to fulfil their own needs. But now, together with the Covid-19 pandemic threw the country to chaos, and took the country’s economy to the brink of collapse. Aung San Suu Kyi has been sentenced to imprisonment for an indefinite period of time, and so are a number of leaders of her party. India has seen a recent surge in migration of refugees from Myanmar to India.

However, India, having to deal with Pakistan’s terrorism, Bangladeshi illegal immigrants, Taliban takeover in Afghanistan, Covid-19, and other factors, is not looking to meddle in Myanmar’s internal matters. India supports Aung San Suu Kyi and her party, but given the cruelty and harsh nature of the junta regime, it is not likely that Aung San Suu Kyi and her party is going to make a popular comeback anytime soon.