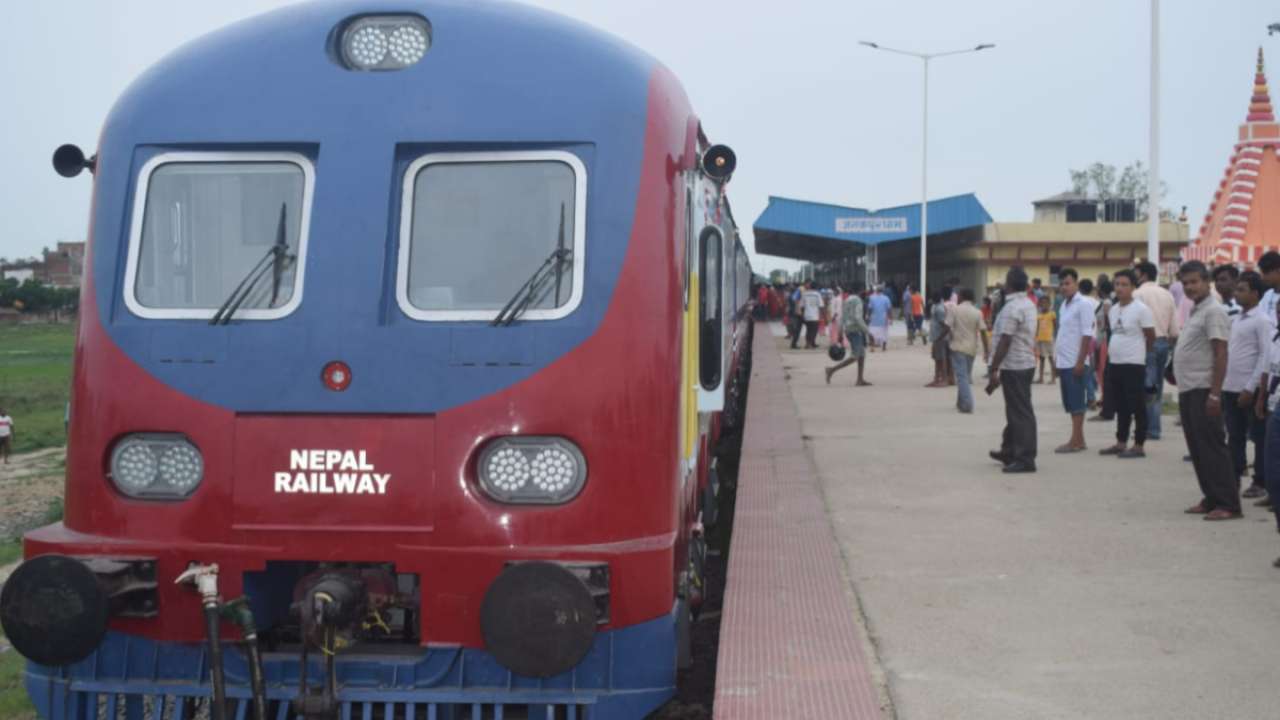 We have often talked over historic rail links with Pakistan, and sometimes over rail links with Bangladesh. But there is yet another country, with whom we share a long border, possess same ethnic groups and religions, and have common road and railway transit systems. Yes, you guessed it right. That country is Nepal.

Historically, Nepal has never been a part of India or British India, but a separate kingdom in the hills. The Treaty of Sugauli signed with the British in 1816 guaranteed the kingdom of Nepal’s independence. The British built 2 railway lines from India deep inside Nepal’s territory, mainly to procure forest products from the region. The 2 lines are Jaynagar – Janakpur-Bijalpura rail line, and Raxaul-Amlekhgunj rail line.

The Jaynagar – Janakpur – Bijalpura rail line was a narrow-gauge rail line, which was changed to broad gauge in recent years and inaugurated jointly by Indian and Nepalese PMs on April 2, 2022. The line is currently serving up to Kurtha railway station and will be soon extended till Bijalpura. The third phase of the line will extend it beyond historic margins to Bardibas. The total length of the line will be 68 kms. Currently, DMU services are available in this railway line. This line is important for the pilgrims as it connects Janakpurdham, an important pilgrimage site for Hindus living in both countries.

The Raxaul – Birgunj railway line, though remain defunct in recent years, had been serving freight operations for a long time. Previously the line existed till Amlekhganj, from which it is possible to reach Kathmandu via motor vehicles. However that line has to be closed, and now, the Indian Government has proposed extending the Raxaul – Birgunj rail line up to Kathmandu. The final location survey of this route underway since last year.

The third rail link between India and Nepal is the under-construction Jogbani-Biratnagar rail line, which is slated to be functional by the end of this year. Biratnagar is an important town in the eastern section of the country, and this line will be fruitful for the residents of Biratnagar both in terms of freight and passenger traffic. The length of this important line will be 18 kms.

Currently, though there are many proposals from the Indian side, the Nepal side has stuck to only the above 3 routes. However, there are chances that line to Nepalgunj Road may be extended upto Nepalganj and the line till Nawtanwa may be extended up to Bhairawaha on the western side. So far the developed eastern side of Nepal is well-connected to India, the focus should now be shifted on the underdeveloped western half of the country.